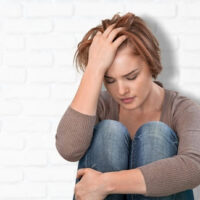 A protective order is a type of restraining order. Under Florida law (Florida Statutes § 741.30), victims of domestic abuse have the legal right to obtain a restraining order against the perpetrator. That being said, navigating Florida’s domestic violence protection laws can be challenging and confusing. Here, our Clearwater domestic violence lawyers provide a basic overview of Florida’s protective order laws.

In most cases, a protective order is initially entered on a temporary basis. In Florida, victims of abuse can obtain a temporary ex parte order of protection. This type of order, which can be put into place on an emergency basis and based largely on allegations alone, is only valid for up to 15 days.

At the Law Office of Gale H. Moore P.A., our Florida domestic violence lawyer is a compassionate, attentive, advocate for clients. If you have questions about protective orders, we can help. To arrange a fully confidential family law consultation, please call us today. We serve communities throughout the region, including in Clearwater, Largo, St. Petersburg. Dunedin, and Palm Harbor.